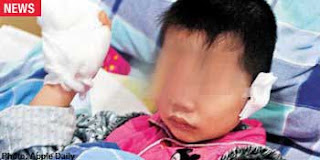 [AO]IT WAS the worst possible start to the new year for this little girl.

On 1 Jan, her stepmother allegedly cut off her left ear and four of her fingers, reported Guangzhou Daily.

The newspaper reported that the suspect allegedly dragged the 6-year-old girl into the kitchen of their home in Guangdong, China.

There, she reportedly cut off her stepdaughter's left ear with a kitchen knife. The girl screamed and struggled as her blood spilled all over the kitchen floor.

She tried to run out of the kitchen, but her attacker caught her and allegedly put her right hand on a chopping board before cutting off four fingers.

Reports in the Chinese media said that a wound was also found near her private parts. Mr Liang Zutian, the security director of Hefeng Village in Foshan City, told reporters that he had never seen such a cruel mother.

The girl was taken to a nearby hospital by her father. He left her there with 6,000 yuan ($1,200) for her treatment. The Chinese press has been unable to contact him.

The hospital alerted the police, who arrested the stepmother.

Website sina.com reported that when she saw the police, she burst into tears. She kept crying and said she wished she were dead.

It is not known what had sparked off the attack.

Villagers told reporters that the couple got married 12 years ago but were childless at first.

The victim is from her father's previous relationship. The couple later had two children together, a girl and a boy, both born in the last two years.

She did not live in the same house as the couple and was only visiting them that day. Police are still investigating and are trying to locate the girl's nanny, who disappeared after the incident.

When reporters visited the home, the door was locked. Neighbours said the family was not badly off financially.... 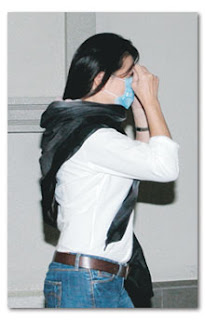 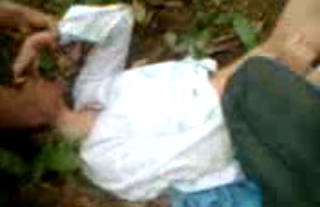 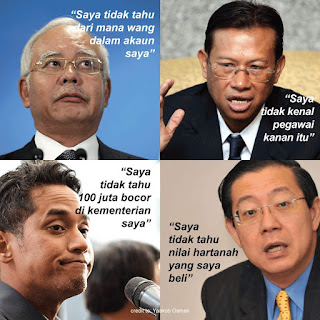